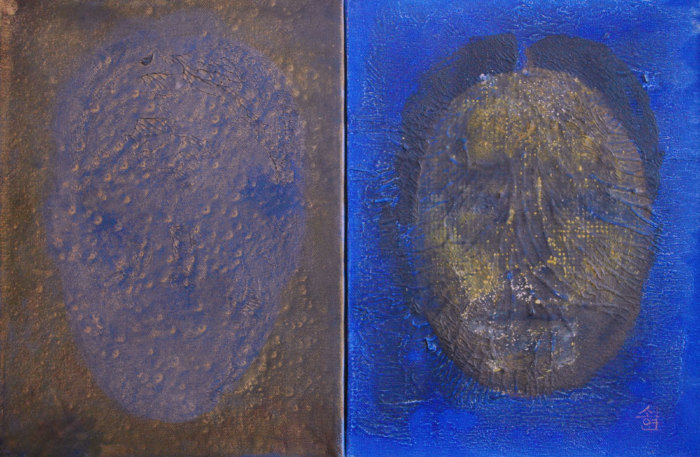 An Ode to the Women of Josun Dynasty (1997)
SoHyun Bae received a Bachelor of Fine Arts from the Rhode Island School of Design in 1990 and a Master of Fine Arts from Boston University in 1994. She then proceeded to study religious philosophy at Harvard University, where she received a Master of Theological Studies in 1997. During this extended period of study, she received the National Endowment for the Arts Fellowship in conjunction with Virginia Center for Creative Arts, 1996; a full scholarship to the Skowhegan School of Painting and Sculpture, 1993; the Critic's Scholarship to the Vermont Studio Center, 1991; and the Jenning's Scholarship to the Chautauqua Summer Institute, 1986. In the year 2000, she had her debut solo exhibition in New York at Skoto Gallery, received the Pollock-Krasner Foundaiton Grant and was invited as a fellow to at The Corporation of Yaddo, Saratoga Springs. This year, she is a recipient of the New York Foundation for the Arts Fellowship in the field of Painting.
Korean-born artist Sohyun Bae vividly remembers milkmaids and egg vendors coming to her home when she was a child to deliver goods. The images of these frail and yet strong women stuck in her mind and became the subjects for many of her paintings. Appropriating rice paper and Korean cloth, Bae transforms these materials, creating figurative and abstracted representations of Korean womanhood and simultaneously commenting on the lack of female portraiture in Korean culture. Bae, who has a Master’s from Harvard in Religious Studies, also frequently imbues her works with ancient mythology and religious imagery.