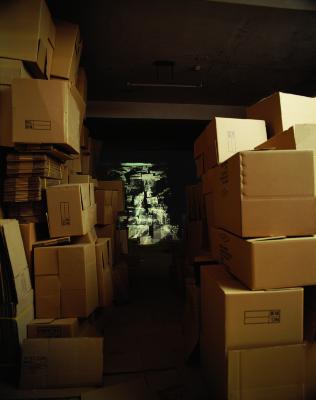 Hyun Jean Lee is a video and multimedia artist and media theorist whose research focuses on media history and aesthetics in the relationship between art and media technology. Lee earned a Ph.D. in Digital Media program at the Georgia Institute of Technology’s School of Literature, Communication, and Culture. At Georgia Tech, she also researched emerging physical sensing and computer-interaction technologies across media arts, entertainment, and educational domains. After earning a BFA in Painting from Seoul National University in Korea, Lee, supported by a Fulbright scholarship and a Rockefeller Brothers Fund Fellowship from the Asian Cultural Council, received her MPS degree from the Interactive Telecommunications Program at New York University. Currently she is both a professor of Media Art at the Graduate School of Communication and Arts and a director of X-Media Art and Research Center, at Yonsei University, Seoul, Korea. From 2017, as a director, Lee leads a transdisciplinary project, “Sunghaksipdo VR”, which makes the VR for Toegye’s “Ten Diagrams on Sage Learning.” Regarded as the crystallization of Korean Confucianism, the original work includes the principle of forming all-natural things and the life-dominating mind and thought with philosophical thoughts of cosmology, ontology and ethics. The VR is to create experiential space-time presenting such a philosophical concept.
Since 1998, I have worked with video, usually for single-channel-video works and video installations. My main interest is expressing the idea of “In-Between” in both spatial and temporal terms. Through my work, I have discovered that the concept of “in-Between' touches diverse thoughts at the same time. Because “in-Between” can exist on the boundary between difference and similarity, between the context of recorded time and real time, and between the virtual world, composed of pixels, and physical space, palpably experienced. Or it can lie in the space between viewers and me as a creator, so when the viewers are interpreting a work from different perspectives, they and I will be aware of the distance between us. My video installations are usually created by a combination of three-dimensional structures and video images projected onto the structures. They sometimes look like small size sculptures or environmental-scale interior in a room. The structures are easily intermingled with images because this method of using objects or sculptures started as a replacement of the video screen, and the projected image is designed for screens. Thus, the final appearance of the works is like a three-dimensional video. However, I have found that having 3D structure serve as screens involves additional meaning. When the viewers see the work, it invites their response. The viewers are led to “walk into” video images and the work envelops the viewers' experience, and hence the images recorded in the past are playing within the viewers' real-time experience, and the virtual images are playing in the real experience. Therefore, the physical space of work triggers a natural interaction with and participation of the viewers. The chasm in between the real/actual vibrates, providing many possible peripheral meanings to the viewers and readers.

An illustration of my work is my video installation entitled The Willow Tree (2000), in which I hung thousands of ribbon tapes, which resembled the stems of a willow tree, from the ceiling of a gallery space, and installed fans above so that the ribbons fluttered. Then I projected a recorded video image of the actual wind-blown leaves of willow trees on the ribbon tapes. The viewers were led to walk into a virtual space combining the virtual image of willow trees and with the actual structure of the ribbon tapes. Because the virtual space and the real space existed simultaneously, the viewers felt as if they were standing in an “in-between” space.

In another example, a video titled Corresponding (2003), a person's face is turning, following the direction of sound that seems like someone's calling. When the face begins to turn more rapidly, the face gradually becomes distorted until the viewers realize that the distortion is caused by the turning screen. At first, the viewers see the face as a representation of a real person's face, but later, as the screen speeds up, the viewers can notice that the face is projected on another inside screen, and the distortion is made by the turning screen. Hence, the viewers realize that their experience has shifted from real to virtual, and they see that the image and the sound, and the image and the screen correspond to each other, shifting as time passes.

Recently, my interest has taken on two lines of concepts. One is a more interactive way to accept viewers' actions, and the other a concept related to the video screen. Until now, I have worked with static space to expand the possibilities of “in-between,” but now I believe that the screen itself can also move. Although I am working on computational programming and sensing systems of input and output for interactivity, I do not want to use technique for its own sake because new media artists tend to be easily tempted by shining technology rather than seeking their own philosophical and aesthetical meaning through artwork. Therefore, I intend to find a way of developing a concept of “in-between'” that resides between technology and fine arts.
Hyun Jean Lee
Sunghaksipdo VR: Creating Experiential Space-Time based on the Concept of Eastern Philosophy