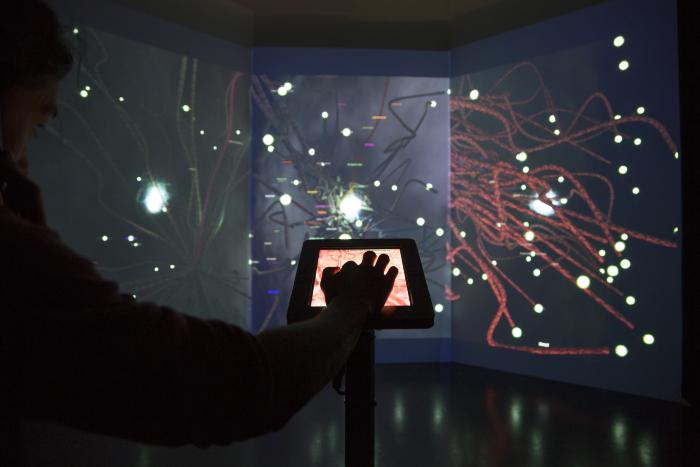 Kim, Jeong Han is a media artist working on ‘Emergent Mind of City’ based on the convergence between Cognitive Science and Media Art. Nowadays, he explores the Big-data mining and visualization for ‘Collective Emotion’ of cities. Kim earned his Ph.D. in Cognitive Science at Seoul National University and MFA at the School of the Art Institute of Chicago. With the support of the Rockefeller Foundation Asian Cultural Council, he participated in the artist residence program by the Lower Manhattan Cultural Council in NYC. He was also a Fulbright visiting scholar in DXARTS at the University of Washington, Seattle, U.S., during his 2014-15 sabbatical year. His works have been featured at the “Infosphere” at ZKM, the 7th International Media Art Biennale Media City Seoul 2012, Whitebox at NYC (supported by AHL Foundation), and other selected group exhibitions. He is a professor at Seoul Women’s University and a B-MADE (Body-Mind | Bio-Medical Arts & Design Education) center director.

Why should we commune with the environment surrounding us? It's because communing is the most ecological strategy for human beings, who coexist with other humans and even other creatures. In contrast, there is no way of knowing the experience of other creatures. ‘Qualia' is none other than relational properties in a complex system of human beings in nature. My artworks explore how to perceive others' perceptions such as a “BirdMan: Hybrid Perception” and “Emergent Mind of City”. The BirdMan, a half-man and half-bird creature born in a subconsciousness, attempts to share its mind with each other though hybridization of both visual systems. As a venue for new experiences transforming and recreating human perceiving experiences, the work becomes a meta-methodology exploring the meaning of other beings' experiences. While encountering different perceptions with hybrid perspectives, ecological narratives and empathy can be realized. It suggests that the way we perceive and understand this world is not the only way.