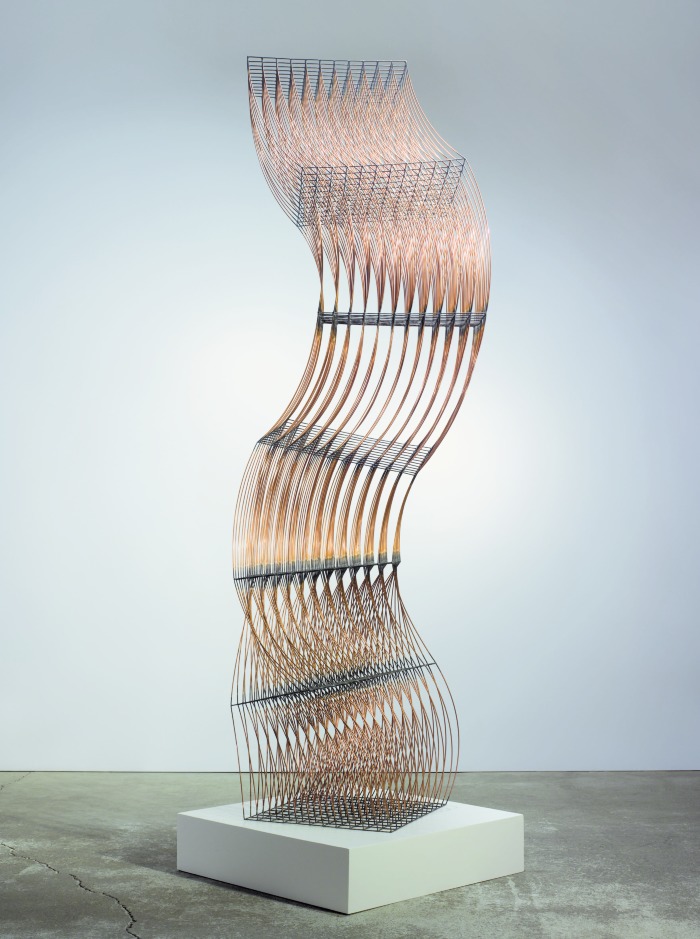 Myth's Sway (2009)
John Pai was born in Seoul, Korea in 1937 to a pastor father and a mother who was raised in Russia. He and his family came to America in 1949 when he was 12 years old. His father and mother went back to Seoul since it was a time of radical political change. He lived in West Virginia alone with an American family. He remembers drawing in the countryside of Korea and being interested in art at a young age. Pai held a one-man show of 24 paintings at the Oglebay Institute at the age of 14. In 1958, Pai got a four-year scholarship to attend the Pratt Institute. In the beginning, he studied industrial design. However, his work began to lean more towards sculpture. After getting his bachelor degree from Pratt, he traveled Europe to study art.
Pai received a full-time fellowship for graduate study at Pratt and he concentrated on sculpture. At that time he began teaching both at the Parsons School of Design and at Pratt. In 1965, he became chairman of the undergraduate sculpture program at the Pratt Institute. In 1974, he resigned as director in order to give more time to his own work. Pai has been showing his work in Seoul, Paris, and New York. He lives and works near Pratt with his family. (artasiamerica.org/artist/detail/84)
I rarely begin with a specific end in mind. In fact, I really don't want to know what the work will look like when I'm finished.  Hopefully, after a process challenging my imagination and tenacity to persevere, I will have grown a little and reached some part of unknown depths or sensibilities that I did not have when I started.  The geometry of music and nature are my major sources. (July 2016)
John Pai's profile at artasiamerica