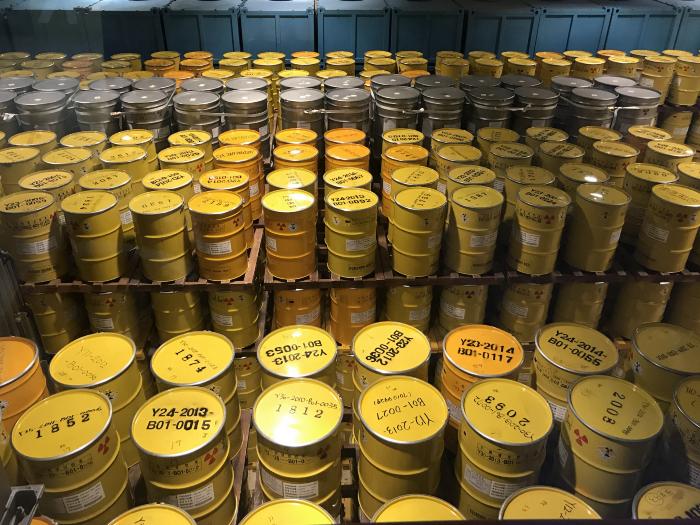 Mookwon Han was born in Gyeongju, Korea, and currently resides in New York. He strives to spread saving the environment through his performance video installation.

I found the shape of electricity in the nature, reactor, and human’s body. I captured lightning in New York as natural electricity. I draw my imaginary electricity if I stare up from the bottom of reactor vessel to the boron sprinkler on the ceiling in the nuclear reactor. I would see the neutron’s fissions likely continuous lightning in the heavy water.


Birth, grow, burning, extinction, bury... electricity and human’s life circle are same.
Boric acid pipes inside of the dome are installed for the emergency extinguishment.

Purity, philosophical ideal, is already circulating in the power plants and also semiconductor factories. Most power plants use pure water. I am surprised that science and industry have already approached to the philosophical meaning of purity.

Drum sound: a crystal chandelier is installed in the center and iced pure water drops and makes beats on the surface of the reflector of fluorescent light that I was doing a performance in the Counterstrike of Stones. A snare drum means anonymous, propaganda, and enlightenment.
I am drumming with chandelier as an anchor rope. I am a guidance as holding Thomas More’s “Map of Utopia”

The extreme noise of turbine hall is the same as recording heartbeats of million people and playing at once. The blades of turbine in power plants is the same as 747 engines without rest for 6 years. We need thank to electricity and sorry to environment. We will save electricity for The Earth and the next generations.
Mookwon Han